Adam kept trying to convince me that the phrase “Chatty Chattanooga” was an actual thing people say because people in the city talk a lot- and though I still don’t believe him, it’s undeniable that we definitely had more conversations with locals here than we did in Asheville… or really most places we’ve been.  People seemed ready and willing to have a conversation about basically anything, even if you were only standing next to one another waiting to cross the same street.  It was really nice to be able to get insiders’ perspectives on this city.  It was clear that there is a lot of pride around the rebuilding of Chattanooga, and for a good reason.  Chattanooga was a great place to spend a week- there were bridges to walk over, ice cream to eat, trails to run, and plenty of people to talk to.

We actually stopped off in Cloudland Canyon State Park in the northern tip of Georgia before we began our Chattanooga adventures.  This park was gorgeous and our campsite was beautiful and secluded. 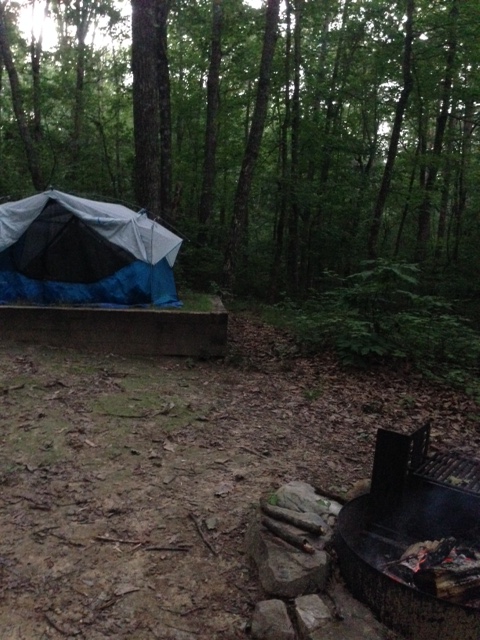 The next morning we woke up early to go for a seriously breathtaking sunrise run along the rim of the canyon. 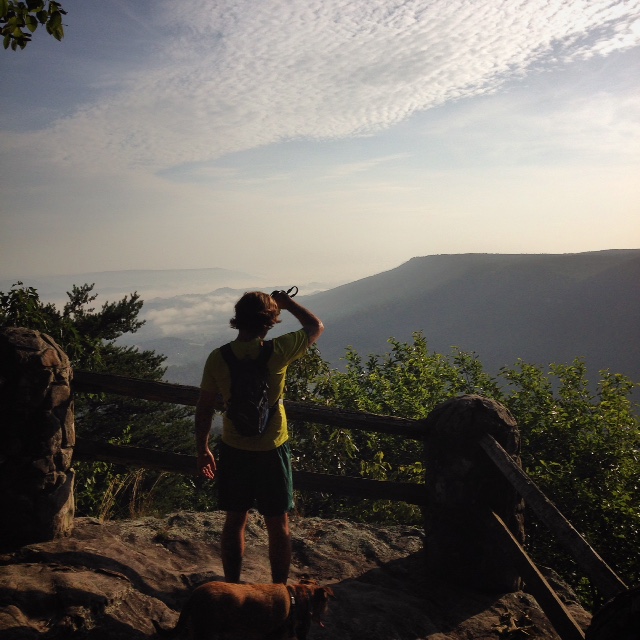 After our run, we quickly reloaded the car and made our way to Chattanooga. 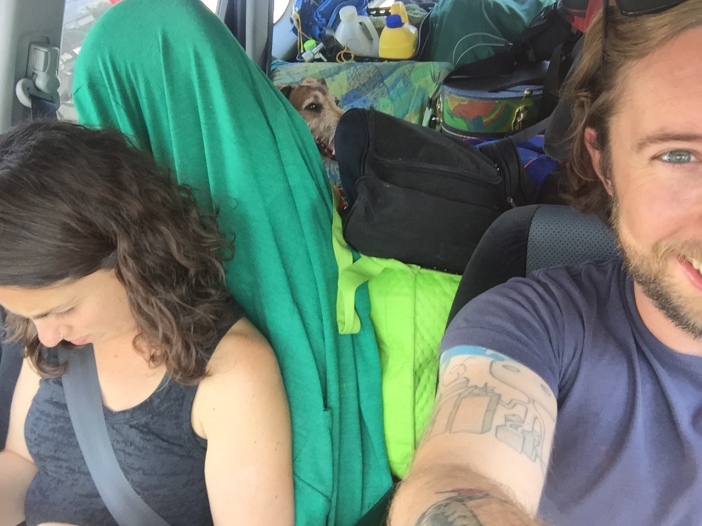 The summer heat was getting pretty intense, so the first thing we did when we got to Chattanooga was head to the blue hole in Soddy Daisy.  Unfortunately, it started thunder storming about a half an hour after we got there, so we weren’t able to swim- though we had two of the best conversations with people from the area who gave us tons of recommendations and welcomed us to Chattanooga- so all was not lost- besides we went back later on in the week.  The water along Chickamauga Creek is crystal clear and a serious relief from the heat- especially since we had been camping for so many days in a row. 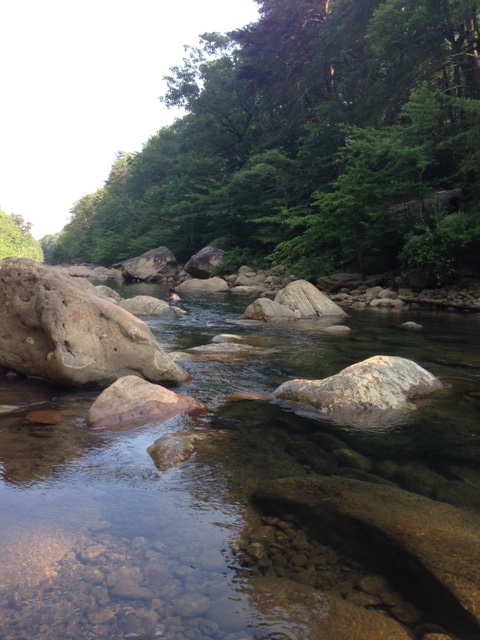 We ran and hiked a ton of trails around the city, mostly in Raccoon and Lookout Mountains.  One morning during our run, the clouds hadn’t lifted yet and looked like a river amongst the mountains. 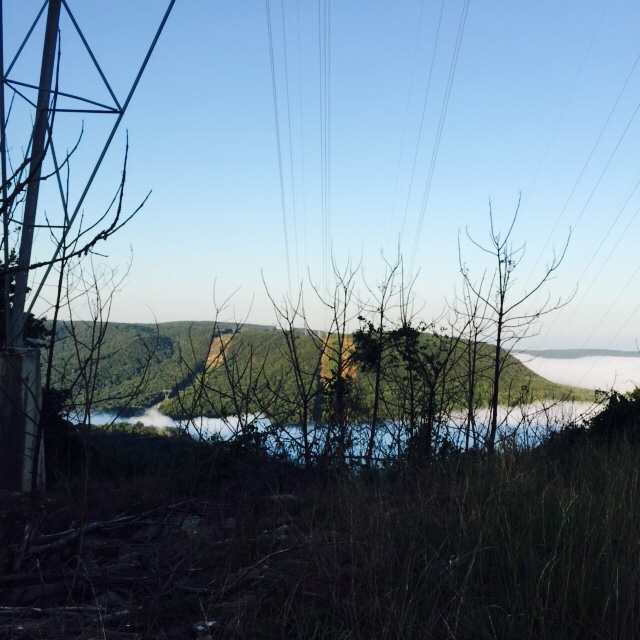 Lookout Mountain was a beautiful hike, though it started off horribly with Vera getting a fish hook stuck in her ear- something we didn’t exactly think we had to worry about happening up in the mountains, but Vera handled it well and happily hiked up to the lookout after we performed minor surgery on her. 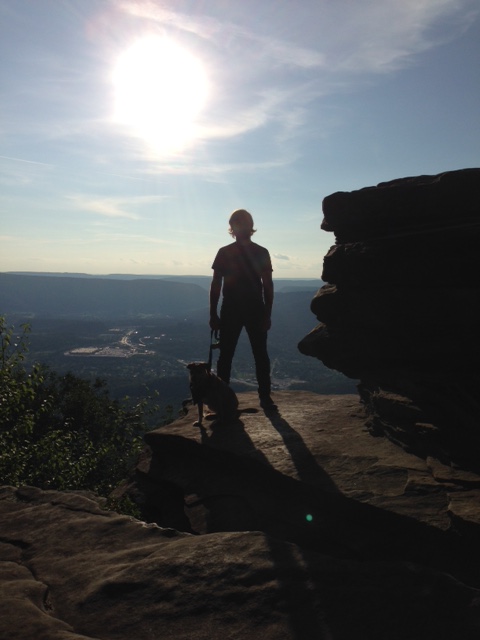 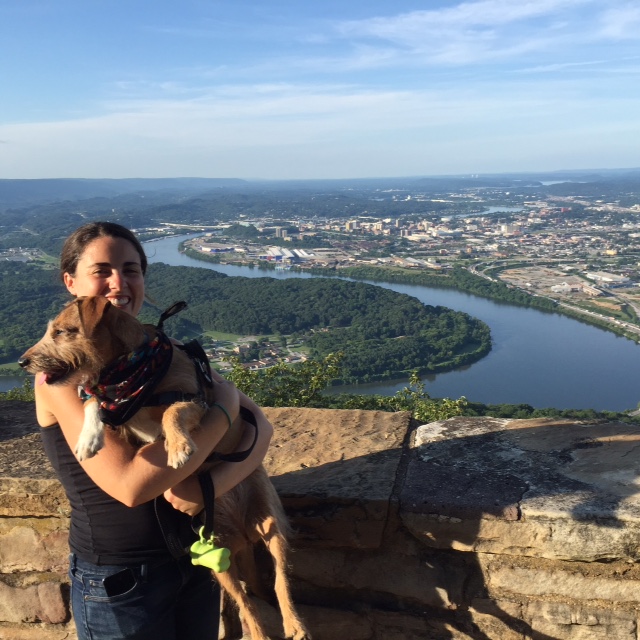 The rest of our Chattanooga adventures involved walking around the city (mostly over the same walking bridge)and eating ice cream. 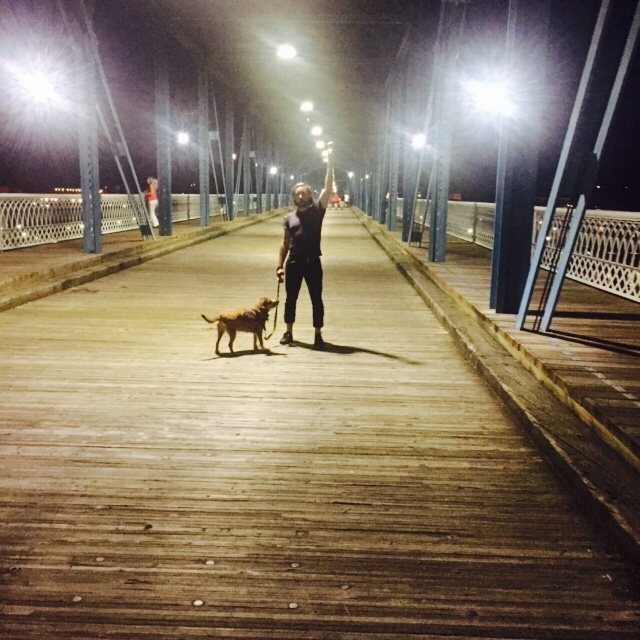 We’ll miss Chattanooga, but we were definitely ready to leave at the end of the week- it’s hard not to be excited for New Orleans!